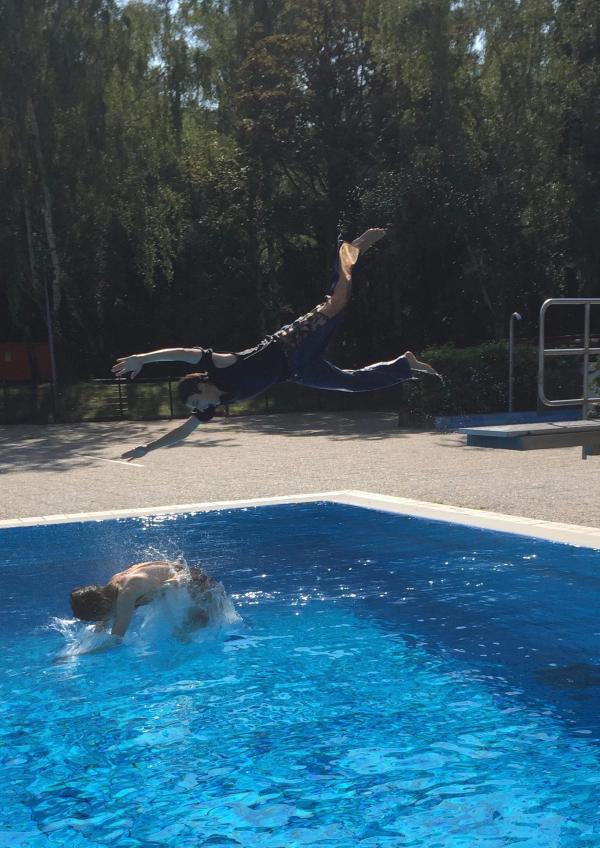 Join us for a presentation by Manuel Raeder, one of the designers of the unique furniture in CARA’s bookstore and public space. Studio Manuel Raeder is an interdisciplinary design studio based in Berlin and Mexico City since 2003. Its activities include a wide range of formats, exploring the boundaries between exhibitions, ephemera, books, type design, editing, publishing, furniture design, and textile design.

The project for CARA was carried out in full by Studio Manuel Raeder and Rodolfo Samperio; long-time collaborators working in exhibition design, mixed use spaces, signage and related objects under a perspective of playfulness and dialogue. Their design for CARA followed a simple principle: room for everybody. Raeder will discuss both the vision for CARA’s program space–lightness, variable scale, nesting furniture, contrasting textures–in addition to delving further in his own studio praxis.

Manuel Raeder’s practice includes architecture, publication, furniture as well as the fashion label BLESS (since 2004), all intersecting where design meets contemporary art. For over two decades, Raeder has been engaged in designing, publishing and editing over 200 artist’s books. In 2011, Raeder founded the publishing house BOM DIA BOA TARDE BOA NOITE to distribute and publish artists who have a strong interest in exploring the format of the artist’s book. In doing so, the studio has developed longstanding collaborations with artists such as Daniel Steegmann Mangrané, Mariana Castillo Deball, Haegue Yang, Nora Schultz, Heinz Peter Knes, Leonor Antunes, Abraham Cruzvillegas, Eran Schaerf, and Sergej Jensen, amongst others.

About Studio Manuel Raeder:
Studio Manuel Raeder has been engaged in designing, publishing and editing over 200 artist’s books in close collaboration with artists and has been responsible for the communication strategies and graphic identities of several cultural institutions and galleries including Kölnischer Kunstverein (2007 – 2011), Kunstverein München (2010 – 2015), Para Site Hong Kong (2012 – 2014), Artists Space New York (2009 – 2018), Galerie Neu Berlin (since 2005), Mendes Wood DM São Paulo/Brussels/New York (since 2014), kurimanzutto Mexico City (since 2016), as well as the fashion label BLESS (since 2004).

About BOM DIA BOA TARDE BOA NOITE:
BOM DIA BOA TARDE BOA NOITE is a small independent publishing house, a community of artists, graphic designers, authors, curators, cultural workers, craftsmen and craftswomen.
We specialize in artist books that are conceptualized as a part of an artwork or as the artwork itself. We attempt to play with the format of the book and reflect its medium. All of our books are produced in close collaborations with the artists themselves. Biannually, an editorial board meeting consisting of internal members of the publishing house and external advisers review all submitted books and project applications. The realisation of future endeavours is decided collectively.

Working in the long-standing tradition of alternative publishing practises, BOM DIA BOA TARDE BOA NOITE focuses on collaborations with younger, not yet established artists or artists from outside of North America and Western Europe, i. e. from outside of an eurocentric discourse.